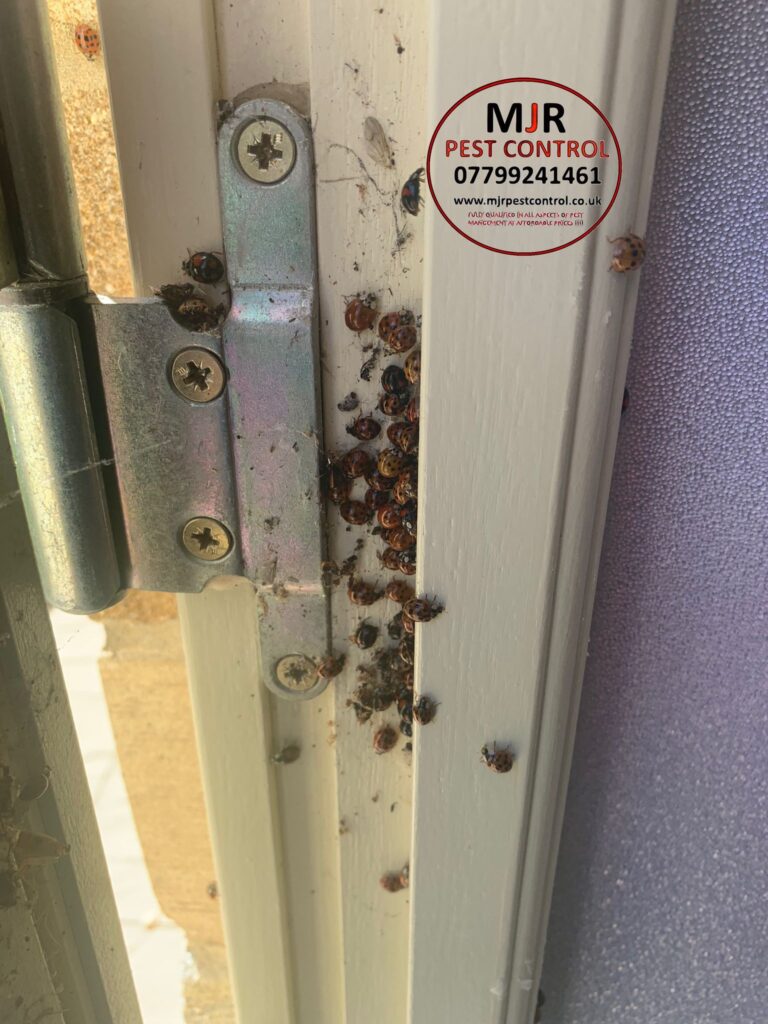 This species of ladybird is NOT a native insect and was first recorded in this country in 2004 ? and to identify the differences between our most commonly seen Ladybird is by their SPOTS. Our commonly seen Ladybird has exactly 7 spots, while the Harlequins can have up to 21.
This species of Ladybird can/do become a severe Nuisance when they infest chosen properties in their thousands in search for a place to hibernate, they also stain window frames with their feaces and release pheromones which attracts more year after year. 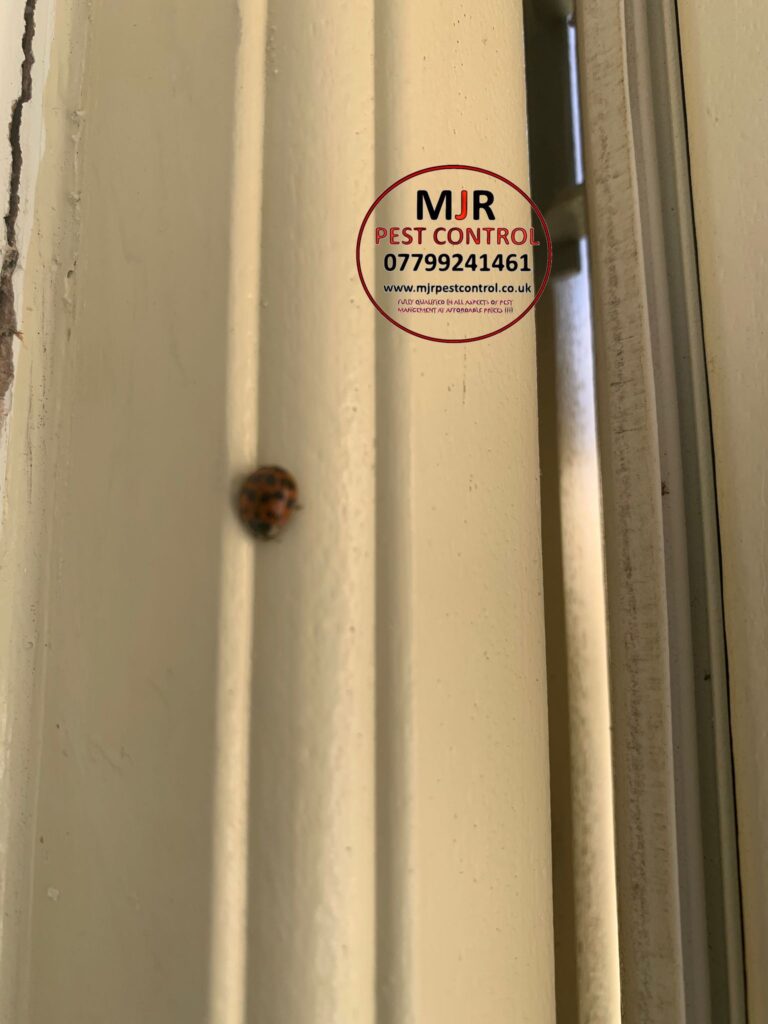 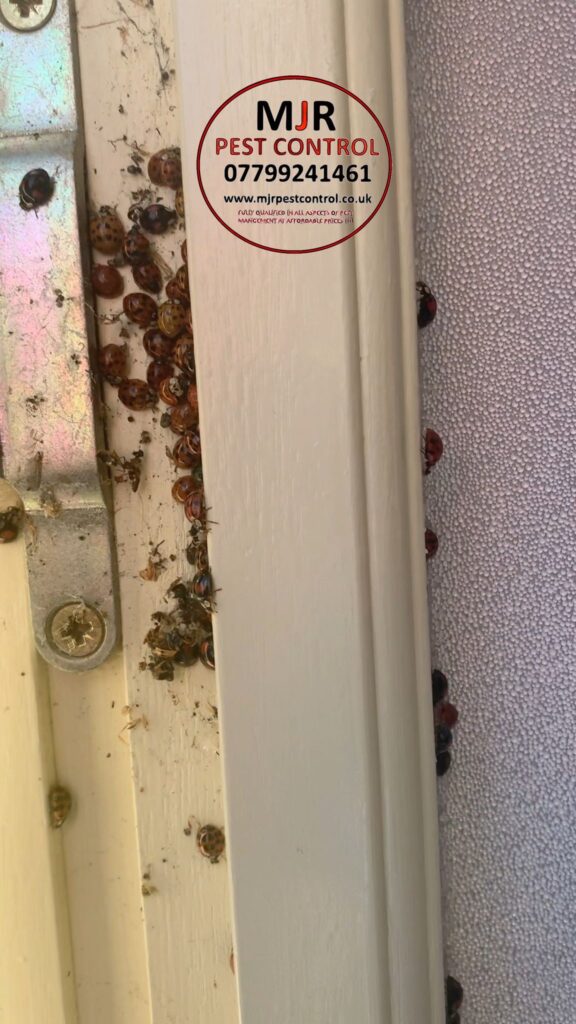